Wedding Traditions and Where They Originated

From that first step down the aisle to the grand exit at the end of the night, weddings are steeped in tradition. If you have started planning your big day, you’ve probably already incorporated a few of them. But have you ever wondered where they came from? Or what they mean? Here is a little background on four of the most common wedding traditions we all know and love. 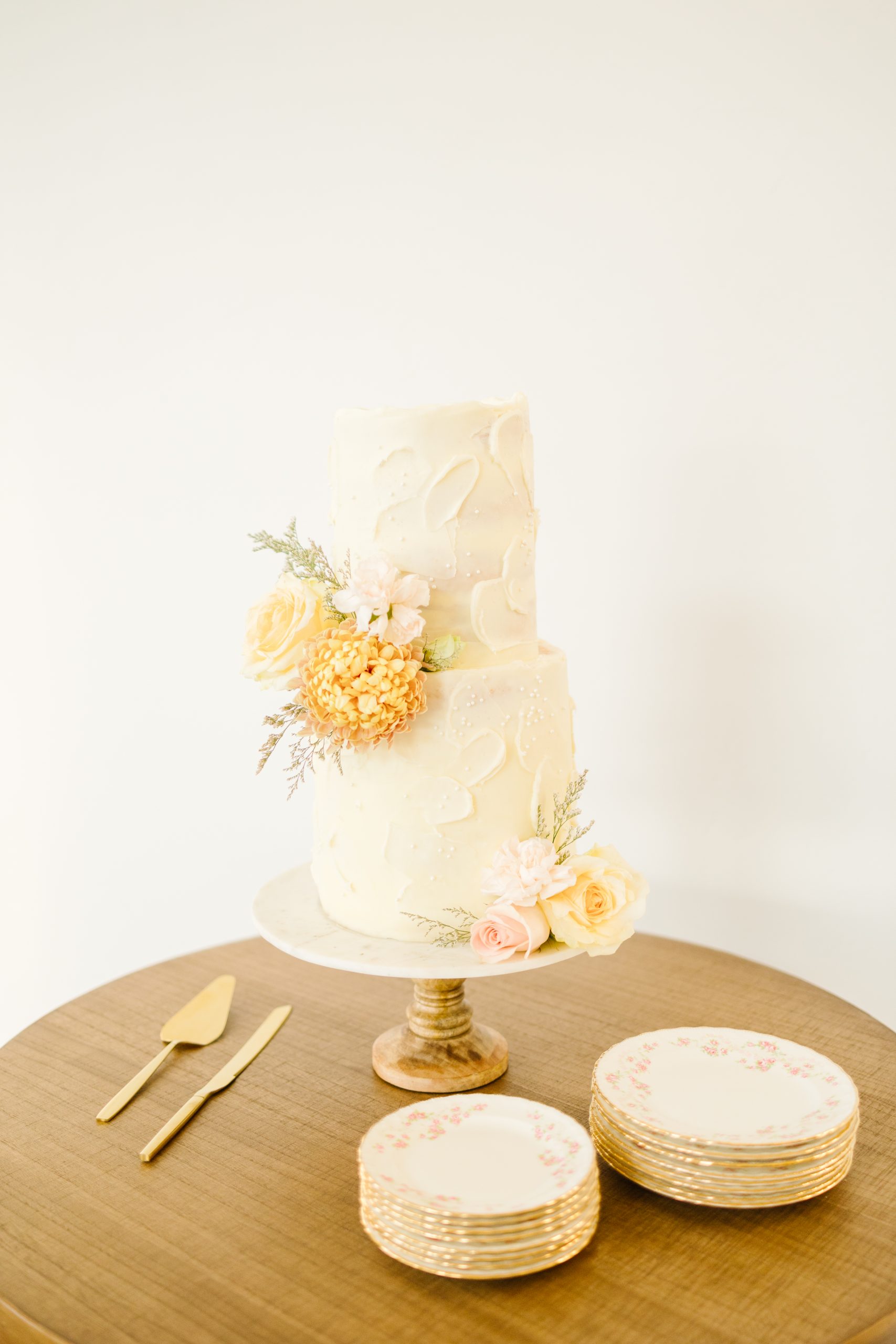 When planning a wedding becomes stressful, thinking of the wedding cake can be a sweet reprieve. The cake is more than a beautiful display at the reception or a customary dessert option for guests. Wedding cakes date back to ancient Rome where marriages were not official until the groom broke a barley cake over the bride’s head. In medieval England, unmarried wedding guests would take home a tiny piece of cake and sleep with it under their pillow in hopes of dreaming of their future partner that night.

Even in modern times, wedding cakes carry symbolism. The act of the couple slicing into the cake together represents the first activity done together. A bride and groom feeding each other cake symbolizes a commitment to provide for one another. Early American weddings featured a groom’s cake to showcase his hobbies and personality. Often, the groom’s cake was chocolate to contrast the wedding cake.

Saving the top tier of the cake is a tradition dating back to 18th Century Great Britain. Couples would preserve the top tier of their wedding cake for the christening of their first child. Cakes were typically fruit cake or chocolate cake, which lasted longer.

Cakes continue to be a wedding staple, though they now take many different forms. In addition to the traditional multi-tiered white cake, couples opt for non-traditional colors and shapes, icing styles, cupcakes, donuts, cookies, etc. Good news for your fiance: groom’s cakes are still around today! You’ll find them displayed off to the side, often with layers of frosting the same loud collegiate colors of their favorite football team. And instead of running the risk of freezer burn, couples choose to order a replica of their wedding cake for the first anniversary instead of preserving the top layer. 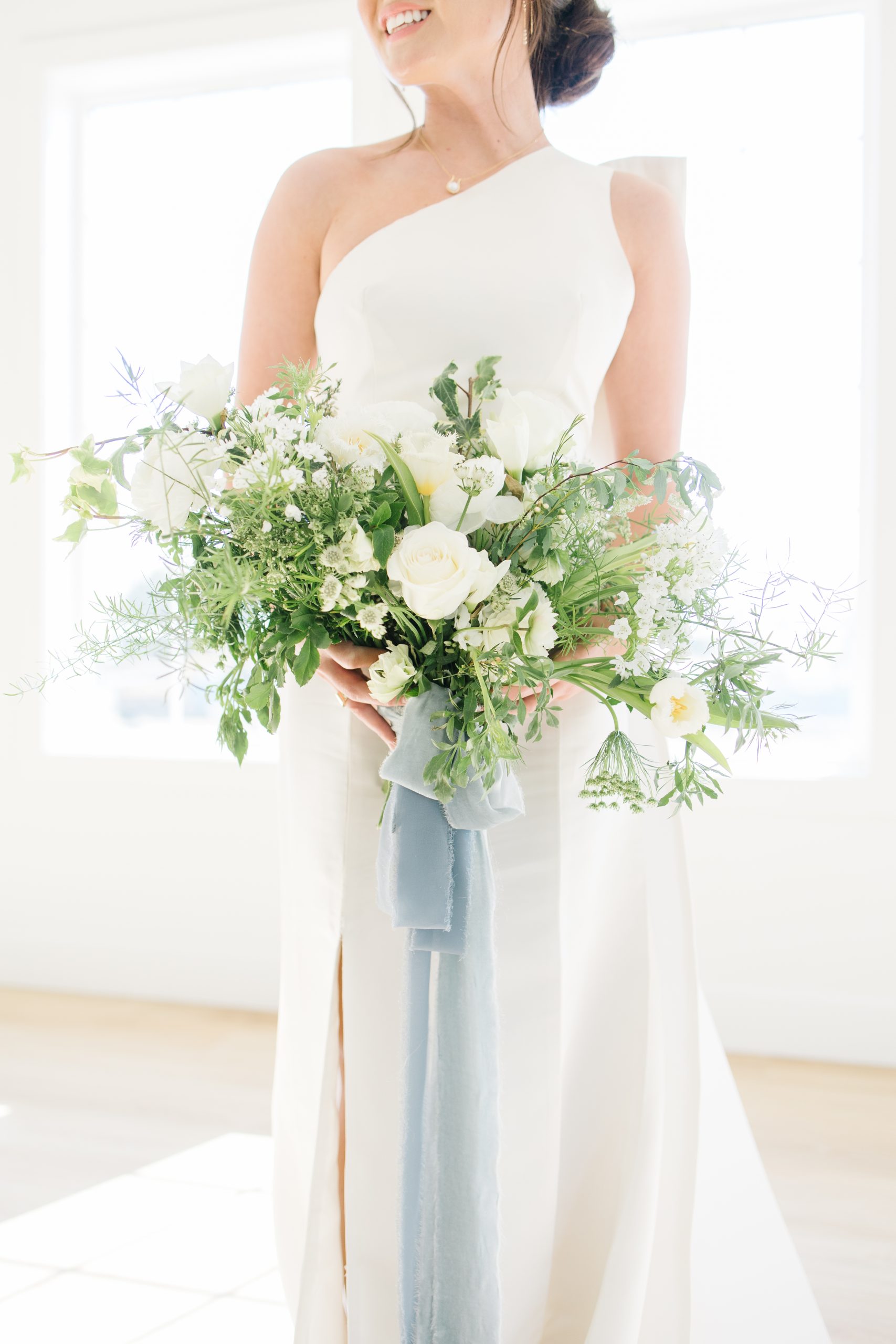 The debate between roses or peonies for a bridal bouquet is not new! Bouquets have been part of wedding celebrations for centuries, beginning in ancient Rome, Greece, and Egypt. Brides in these cultures carried herbs and spices to ward off back luck. Both brides and grooms would wear garlands with small flowers to bring hopes of happiness to the union.

In the Middle Ages, brides carried bouquets because the perfume from the flowers masked the smell of body odor, which was important because bathing was uncommon at that time. This is also the time period in which the bouquet toss began. Wedding guests would try to take a piece of the bride’s dress or bouquet for good fortune–can you imagine? The bouquet toss was a way to satisfy guests’ desire for fortune while leaving the dress intact.

Bouquets are still a central part of a bride’s wedding appearance. Instead of warding off bad fortune or covering the smells of the Plague, flowers are selected according to the wedding aesthetic. The bouquet toss is another piece of the tradition that you still see today. When the wedding DJ starts playing Beyonce’s Single Ladies, it’s usually accompanied by a call for the bride and all unmarried women to assemble for the bouquet toss. The woman who catches the bouquet is considered the next to get married. Watch for flying elbows!

Bouquets have also been reimagined in different ways. You may see a bouquet of wildflowers or just baby’s breath. Some brides opt for silk flowers so they can keep their bouquets long after the wedding day is over. Bouquets have also been made of family keepsakes, such as brooches for a sentimental, silvery take on the tradition. Tiny charms can also be affixed to the base of the bouquet as a private symbol for the bride, such as a memento for a family member who has passed. 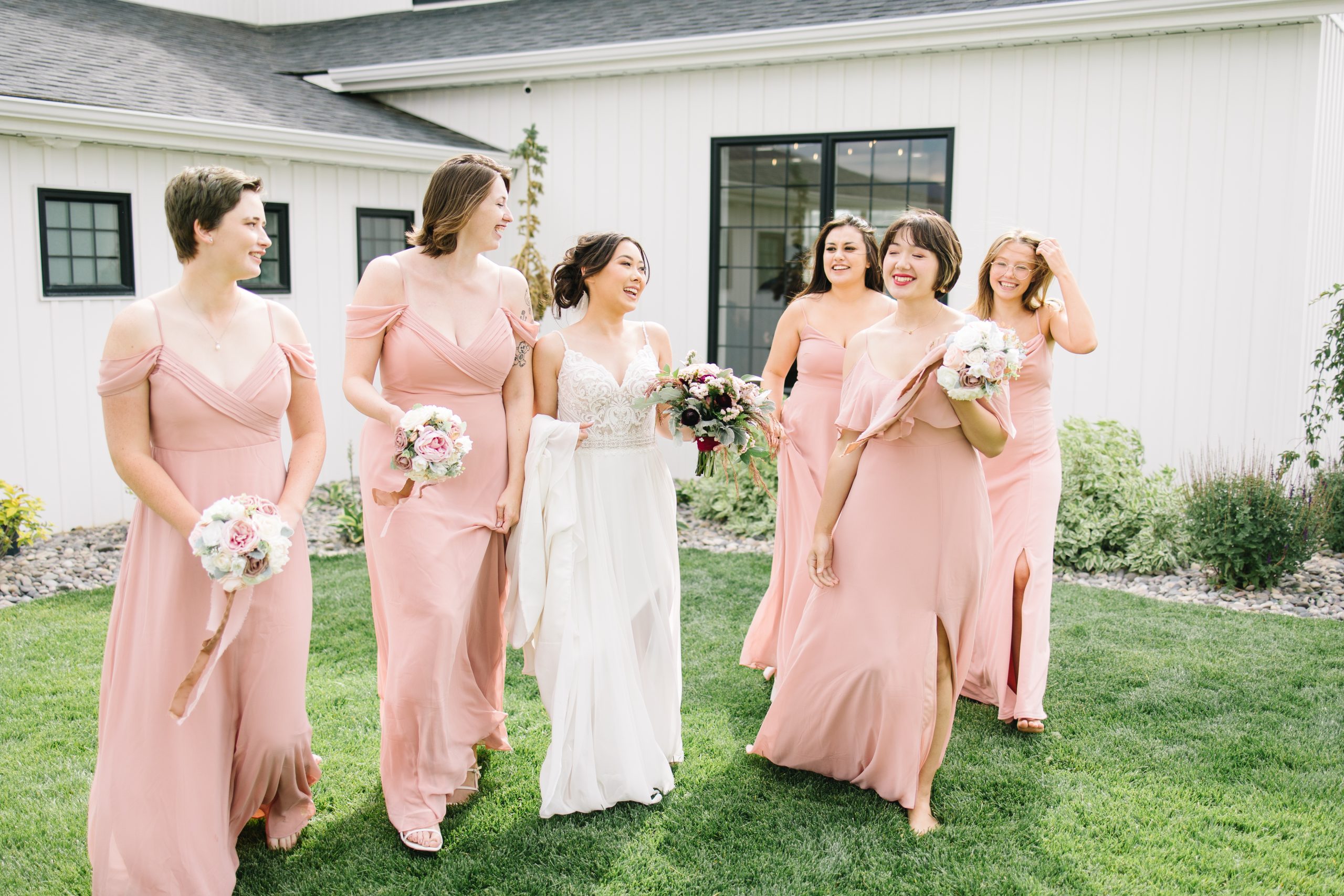 The history of bridesmaids dates back to ancient times (are you noticing a theme here?) when it was commonly believed that a bride was more vulnerable to attacks by demons or spirits wishing to spoil the young couple’s happy day. As a defense against these evil forces, bridesmaids were all originally dressed identically to the bride in hopes that any demon or spirit would find itself so completely confused, it wouldn’t know which “bride” to attack first. It was also common for the bride to travel many miles to the groom’s town or village where the ceremony would take place, making bridesmaids travel companions to the bride – and to her dowry! Bridesmaids at this time took upon themselves the considerable risk of being robbed by bandits or highwaymen looking to steal the bride’s possessions.

Talk about loyalty! How many of your friends would you be willing to fight demons and thieves for while wearing heels and an uncomfortable dress?

Bridesmaids’ dresses have changed almost as much as their duties over the years. In the 1840s, brides and their bridesmaids wore all white, a trend popularized by Queen Victoria after her marriage to Prince Albert. This trend would stick around clear through the end of the 19th century, when brides began selecting colors to contrast their own white gowns. Since that time, bridesmaids have donned a variety of hues and styles – from the Pepto-pink of the 60s, to the ruffles and puffs of the 80s, to the sleek silhouettes of the 90s and beyond. While new trends constantly evolve over the decades, many old trends enjoy periods of resurgence as well. Case in point: It is not uncommon today to see bridesmaids in traditional white dresses again.

While they are no longer required to act as demon-fighting decoys, and while you probably won’t see them wearing the tacky taffeta of yesteryear (at least not until that trend comes back around!) one thing has never changed: bridesmaids can always be counted on to have a bride’s back! 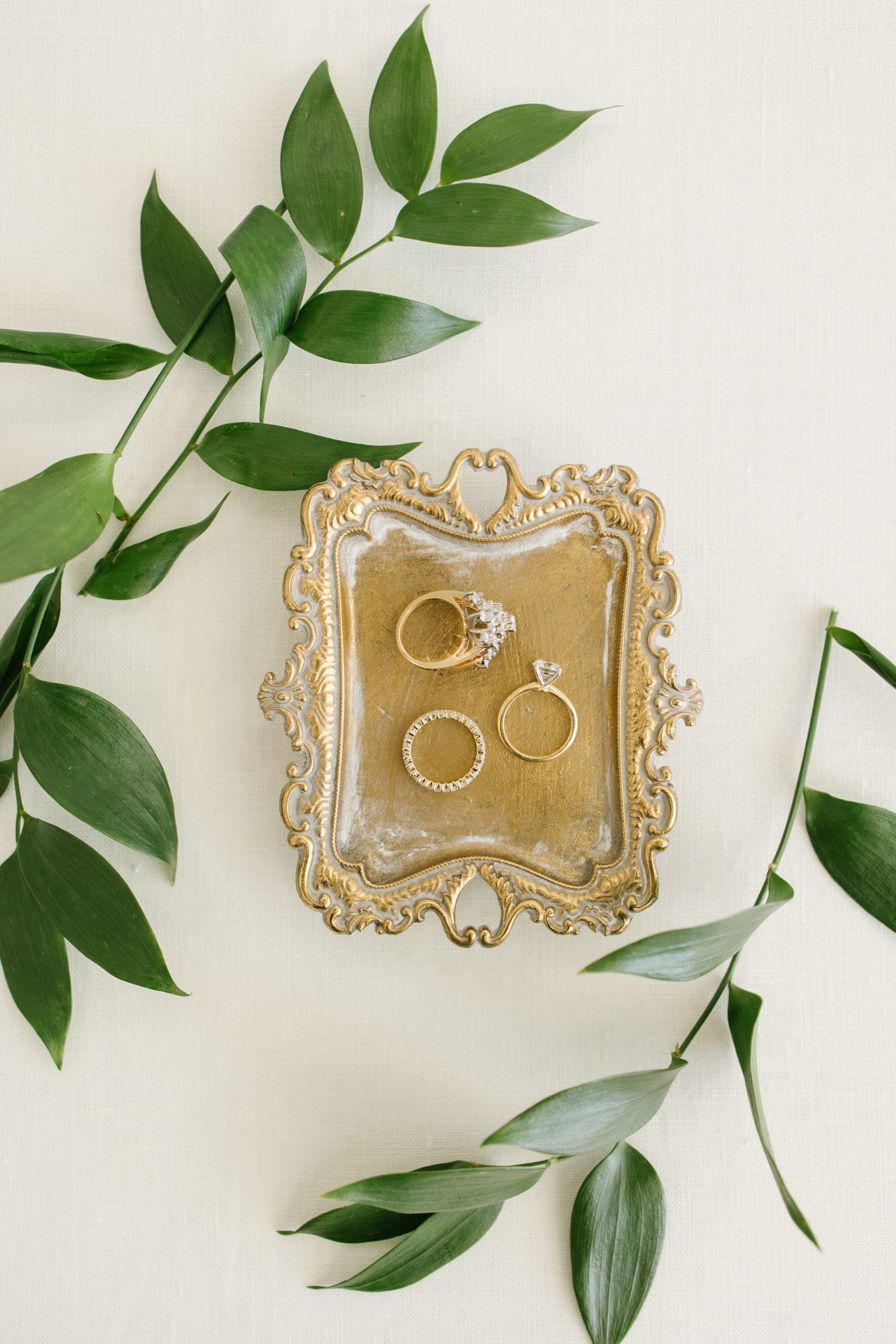 Did you know the ancient Romans once believed there was a vein running from the fourth finger of the left hand directly to the heart? Despite being debunked by modern science and medicine, the legend of the Vena Amoris (“Vein of Love”) is still going strong: to this day, most couples in the Western world choose to sport their engagement and wedding rings on this same finger – most likely without ever wondering why!

Wedding rings themselves also have roots in Ancient Greek and Roman history, representing both the marital dowry and a promise of fidelity. Though we’ve (thankfully!) long outgrown the antiquated customs of dowries and ownership in marital unions, the timeless symbolism of enduring love and loyalty remains.

While diamonds may seem an obvious choice for rings today, they did not become the predominant wedding stone in the United States until around the 1930s and 40s when, after some clever advertising, they became known as the “forever” gem. Diamonds became so sought after during this period that by the time Marilyn Monroe sang about them being “a girl’s best friend” in the 1950s, the lyrics rang unquestionably true. Every bride-to-be hoped to have a diamond on her finger – and every future groom hoped to afford one! It’s really no wonder this diamond craze has overtaken us all for generations: with their endurance, strength, and radiance, diamonds seem to be the perfect symbol of every dream and wish we have for our marriages.

Though diamond rings are still synonymous with all things wedding, many couples these days are reaching for something a little more unconventional. Stones such as rubies, pearls, sapphires, amethysts, emeralds, and morganite have all proven to be every bit as beautiful and timeless as a diamond – and more budget friendly, too!